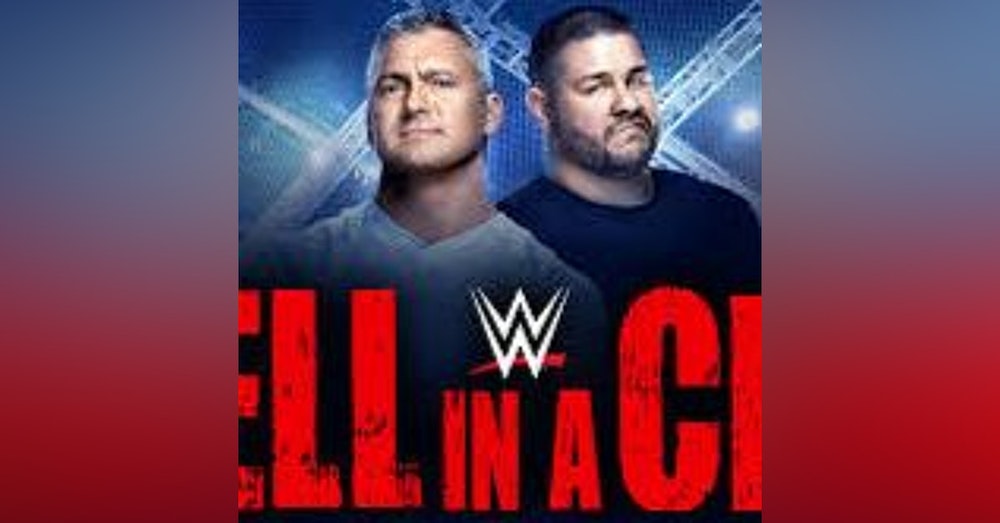 APSP: Wrestling PPV Edition 5 < HELL IN THE CELL > Chris, Larkin and Sue discuss HITC ppv results. Hell in a Cell (2017) was a professional wrestling pay-per-view (PPV) event and WWE Network event, produced by WWE for the SmackDown brand. It took place on October 8, 2017 at Little Caesars Arena in Detroit, Michigan.[1] It was the ninth event under the Hell in a Cell chronology. Eight matches were contested at the event, including one on the pre-show, and the main card featured two bout's in the titular match type. In the main event, Kevin Owens defeated Shane McMahon in the namesake match that also had the added stipulation of being falls count anywhere. In the other Hell in a Cell match, which opened the main show, The Usos defeated The New Day to become record three-time SmackDown Tag Team Champions. It was also the first time that a WWE tag team championship was defended in a Hell in a Cell match. Other prominent matches included Jinder Mahal retaining the WWE Championship against Shinsuke Nakamura, and Baron Corbin defeated AJ Styles and Tye Dillinger to win the United States Championship in an impromptu triple threat match. Follow MoneyMakerChris on Twitter @MoneyMakerChris IG @dcsportsfan86 Fightbooth.com Twitter Follow: Sue Shaw @Rapture116 Follow: S&M Show Podcast Network @SMShow1 Subscribe to S&M Show Podcast Network on https://soundcloud.com/mclarkin92 Another Post Show Podcast is cover by multiple hosts, They randomly take turns to review and discuss their favorite Sports/ PPV’s shows including: WWE, MMA, NHL, NFL and so many others. Line up for right now is: Keda Hubbard, and Chris Durham recap WWE’s PPV’s every 2-3 weeks on Sundays 11:30pm ET live on mixlr… mixlr.com/kedanjayshow More shows will be added later on this year.