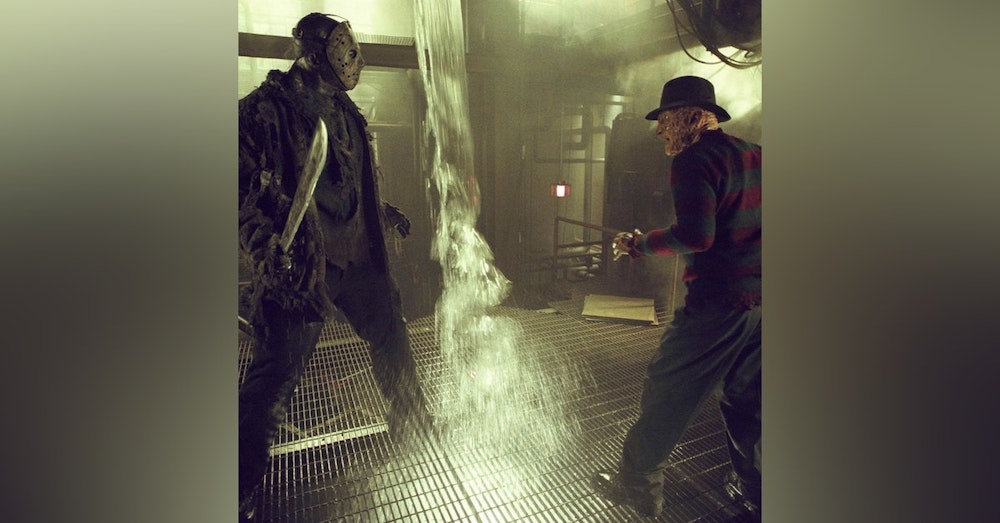 For Ep.71 I finish up Friday The 13th month as I talk Jason X, Freddy v Jason, and the 2009 Remake. Jason X *Thought's on Jason in Space *Kane Hodder 4th and final performance as Jason *Opinion on Uber Jason *Explanation on my opinion changing on this movie. and more. Freddy v Jason *First film from either franchise I saw on the big screen *Goodbye Kane, hello Ken *Thoughts on blending the franchises together *Freddy steals the show *Why was Kelly Rowland here *Who do i think won *Should there be a sequel and more Friday The 13th 2009 *Thoughts on Derek Mears as Jason *Why I feel it pays homage to the original series *Thoughts on my only real problem with the film *Will we ever get a sequel to this film and more Outro This isn't The Place by Nine Inch Nails Twitter @JayMovieTalk Instagram Jmtpodcast Thank you all for listening, following, and sharing